Home / Is Investing In Ethereum A Wise Decision?

Is Investing In Ethereum A Wise Decision?

In this article, you will be able to get a clear concept about investing in Ethereum.

With all the buzz about crypto currencies of which Bitcoin has gained an unrivaled popularity among them all, it is very well understandable if investors are slightly wary of buying other crypto currencies. Moreover, the general perception of crypto currencies seems to be that they are too volatile making investors quite averse to invest in them.

There could be very important reasons to support the above mentioned point of volatility. The demand for an alternative method of transaction is undoubtedly immense.

The monopoly that large financial institutions has on sending money is making many people to be very suspicious and uneasy. There is also numerous arguments around money supply and inflation that makes individuals question the current Fiat money system. This has resulted in crypto currency taking over on even more importance over the past few years both for Forex trading and general buy and hold investment.

The question in the mind of many then would be if they should limit their investment to only Bitcoin as it is the “in thing” in the crypto currency market. In as much as that may seem to be a reasonable decision, it is not in the best investment interest, a wise thing to do. This is because there is another crypto currency that has proven to have much stronger fundamentals than Bitcoin, and that is Ethereum.

Ethereum is a crypto-currency that is based on blockchain technology. It is a cryptographically signed record of transaction and store of value. Ethereum was first launched in mid-2015. Like Bitcoin, Ethereum is also built on a public blockchain. Understand that blockchain is a public ledger of all the transactions that are taking place.

The basic idea behind Ethereum is that of a “smart contracts”. It is also a piece of blockchain technology that enables developers build and deploy decentralized applications.

Both Ethereum and Bitcoin are crypto currencies that are built on blockchain technology but, there are a number of ways in which they differ from each other. The differences are mostly related to the sophistication of the Ethereum protocol. Because of the way in which Ethereum is mined, transactions can occur much faster. For example, in Ethereum the standard block time is 12 seconds whereas in Bitcoin it is about 10 minutes.

What this means is that payment and confirmations are much quicker with Ethereum than Bitcoin. Also, automatic restrictions are not placed on supply growth in Ethereum as it is being done in Bitcoin. This is because the Bitcoin rewards halve every 4 years whereas the same amount of ether is always available each year.

Moreover, in terms of supply, Etehreum was crowd funded whereas Bitcoin was released. What this means is threat most of the coins in Bitcoin is owned by the early miners who gathered most of the initial supply. Lastly, the algorithm used by Ethereum is different from Bitcoin. Thereby encouraging more of a decentralized mining operation with people using their GPUs.

All these reasons are why a number of crypto currency experts have a more favorable view of Ethereum than other crypto currencies. A currency having many more applications is more stable and cheaper to use.

From the above information, we can that investing in Ethereum will be more beneficial than bitcoin.

Investing in Ethereum Being a Long-term Prospect

Apart from the apparent outshining of Ethereum over Bitcoin, Ethereum also is a long-term prospect crypto currency. Evidence to support this claim is that it is backed by fortune 500 companies. The Enterprise Ethereum Alliance (EEA).

Multiple companies including dozens of Fortune 500s at some time ago decided to collaborate on furthering the Ethereum network technology, with the goal of incorporating it into their businesses. Among them are companies like Microsoft, Intel, J.P. Morgans, BP, and Thomas Reuters.

These companies are reputable and certainly not companies that take risks lightly. Their position in the business world speaks for their brilliant decisions in business.

These companies’ opted for investing in Ethereum currency for some obvious reasons which includes, the speed and efficiency of Ethereum transactions; the ability of Ethereum network to execute smart contracts.

Ethereum’s network possesses what is known as an Ethereum Virtual Machine (EVM), which processes smart contracts and makes charges on decisions accordingly.

The EVM would rapidly speed up business processes, increasing efficiency across the board.

There is an immediate equivalent responses received from every action that happened. Be it a payment, transaction, demand etc. And efficiency is money as far as the business world is concerned.

That is the reason why the Fortune 500 companies are in the EEA.

They are aware of the fact that being an early mover in Ethereum, they are positioning themselves for lifetime growth down the road. And as an investor you should take note of that.

Being Integrated By Financial Institutions

No cryprocurrency is in a better position to be embraced by the masses as Ethereum. And this is rooted to the fact that digital currency could potentially overthrow banks. Bitcoin is already seen as villain to the banking industry, a threat that gives it a lot of value in the eyes of many individuals. But, Ethereum appears to have won the admiration of banks, which will allow them to thrive in our increasingly digital world.

The first financial institution to work with Ether blockchain is the Bank of America. They championed an Ethereum-based application that will help customers secure their transactions.

The application packages customer information into blockchain packets that can only be accessed by the private parties involved in the transaction. This prevents the information from being emailed out, eliminating multiple privacy concerns.

Ethereum blockchain will slowly be incorporated by big companies and then will move down to their clients and customers, who will be guided on how to adopt the new Ethereum blckchain technology. But, big companies that move for mass adoption will give Ethereum a leg up on other technologies.

Investing in Ethereum for Higher ROI

If you want to invest in Ethereum, then Markets.com will be a perfect platform for you.

Markets.com is the best borker to invest in. To get a higher return on your investment, there is nothing better than Markets.com. The minimum deposit amount is $100.

From the above article you will quickly see that Ethereum is the most promising technology investment you can make. It is even proving to be one of the most profitable investment of all time. Investing in Ethereum will be a great decision as we know that they possess much opportunities in future.

In addition to the above stated points that have clearly shown that it investing in Ethereum is a prudent decision, it is also worthy to note that the digital currency have had over 200% growth in its value since its birth. 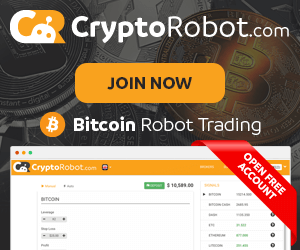